Home › Everything else › (10 Updates) Cis woman, accused of being a “boy,” was manhandled and kicked out of a women’s bathroom; sues

(10 Updates) Cis woman, accused of being a “boy,” was manhandled and kicked out of a women’s bathroom; sues 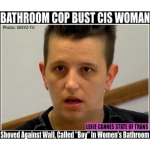 LEXIE CANNES STATE OF TRANS — (Last update, Oct. 6, 2016. See below.) We knew this was coming. In fact, I was waiting for it — more ammunition to add to the growing pile of evidence confirming the absurdity of “bathroom bills.”  This time, proponents will see how it can bite back and hit them in the pocketbook.

The cis woman, Cortney Bogorad, was kicked out of Detroit’s Fishbones restaurant after she attempted to use the women’s bathroom. A security guard pushed her up against the wall and accused her of being a “boy.”

Bogorad on WXYZ-TV: “As I came out of the stall, this gentleman – who was a security guard – came in the bathroom, and before I was even completely out of the bathroom he grabbed me by the arms and pushed me up against the wall, told me that boys aren’t allowed in this restroom. . . .”

UPDATE-1 — Another incident, from August 2015 in Scranton, PA. From NEPA Scene:

“Gender identity and restroom usage has been a hot topic lately. As transgender awareness and visibility increases, it’s only reasonable to expect that people are looking out for us more than ever, and that means a false positive report was bound to happen sooner or later. Well, it finally did.

According to her Facebook post on August8,  Julie Bidwell was out with her girlfriend, Heather Hess, enjoying a few drinks at Kildare’s Irish Pub in Scranton when things took a terrible turn:

“I was kicked out of my first bar tonight.. Well, allowed back in after i argued with the bouncer who kicked me out..

I went to the bathroom with a friend, then came out to a bouncer saying i had to leave bc men arent allowed in the girls bathroom.. I had to plead with him for almost a minute that i was a girl.. I was sober when it happened, n i am embarrassed enough to never go back.. The manager was even a bigger jerk than the bouncer… Kildare’s in Scranton, i will never come back, thank you.” 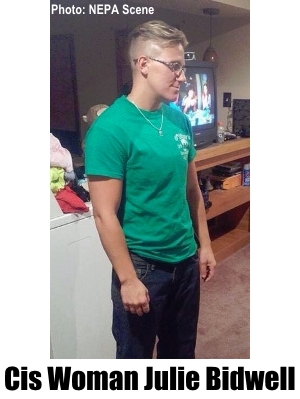 “Ny Richardson, a 16-year-old from Yorkshire, England, claims she was kicked out of her local McDonald’s after using the bathroom because the staff thought her gender didn’t match the facilities she used.

“I ordered my food and left it with my girlfriend as I went to the toilet,” Ny told Yahoo News. “When I was in there, someone told me to get out and when I sat back down, the manager came over and told me that I needed to leave because I have been in the girls’ toilet.”

Richardson protested and the manager asked the teenager to show her ID to prove her gender. When she failed to produce any ID, the manager told her to leave and called the police. . . .” 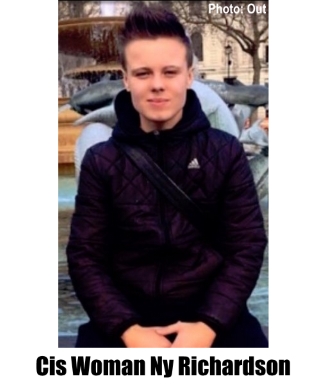 Update-3, April 23, 2016. This video has been circulating on the internet since at least December, 2015. The video supposedly shows a lesbian woman in the woman’s bathroom being asked by a male(!) security officer to show so ID that proves her gender or leave. She didn’t have ID and was pushed out of the bathroom. However, the source and details of the supposed incident is lacking.

Im only including it here in hope that someone can step forward with information that either proves the incident occurred, or that the whole thing was faked: http://www.newnownext.com/aggressive-cop-forces-gay-woman-out-of-womens-bathroom-for-not-having-id/04/2016/

Until the video is proven legit, it is should be considered inconclusive and not proof that this incident occurred as it appears is the video.

Update-4, April 29, 2016. A self-appointed bathroom cop follows a “man” into the women’s bathroom in the Dallas, TX only to find out she’s a woman. From the Dallas Observer:

“. . . the man who, um, heroically barged into a women’s restroom at Baylor Medical Center in Frisco on Thursday to make sure that Jessica Rush, who manages a local health-food takeout place, was peeing in the proper place. She was, for the record, and her situation isn’t particularly complicated. Rush was born and identifies as female and has no plans to change that. “I look very much like a girl,” she says. “I’m not trying to  transition, nothing like that.” 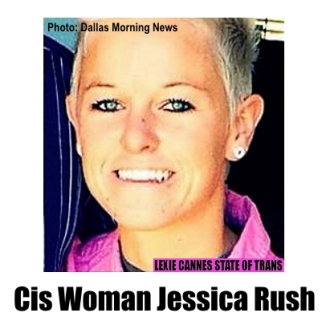 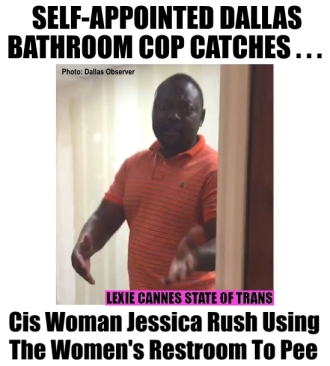 Update 5, May 14, 2016. A Kentucky cis woman was brutally beaten and hospitalized for looking too masculine. (I’m unable to confirm if this is bathroom usage related.) From Raw Story:

In a post on her Facebook timeline, Brittany Nicole Wallace wrote, “Today I was assaulted. A man assaulted me because I look like a ‘dike’! He told me that he would ‘beat me like the man I want to be.’ He said, ‘people like me make him hate the world.’

“He started by hitting me over and over in the face until he got me down,” Wallace wrote. “After I was down he began to kick me in the stomach, side, and face.”

Wallace said she tried to fight back, but her attacker was bigger and stronger. Bystanders, she said, never even lifted a finger to help.” 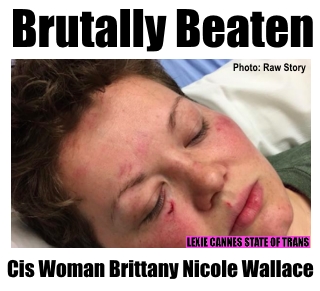 Update-6 May 16, 2016. A Danbury, Connecticut cis woman was harassed in a WalMart women’s bathroom by a stranger who thought she was transgender. From the NewsTime:

“Aimee Toms was washing her hands in the women’s bathroom at Walmart in Danbury Friday when a stranger approached her and said, “You’re disgusting!” and “You don’t belong here! . . .

Toms believes the incident happened because of the national controversy sparked by a law that was passed in North Carolina attempting to force transgender people to use the bathroom of the gender they were identified as at birth. . . . 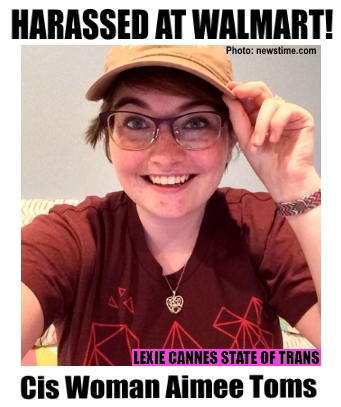 Update-7, May 18, 2016. Sally Kohn, a cis woman and CNN contributor talks about her own personal experience with bathroom harassment. Excerpts from Time:

I’m a lesbian and I fear public restroom confrontations. I hate using public restrooms. Airports and rest stops are my least favorite. I avoid locker rooms whenever possible. But really every restroom is bad. In fact, it happened to me just the other day in my fancy office building in New York City. I was at the sink, washing my hands, when a woman walked into the restroom and did a double take, first looking at me and then looking back at the sign on the still-open door of the restroom. Was she in the wrong place? Or, implicitly, was I? . . .

The first time I was actually yelled at in a bathroom, at least that I can remember, I was 19 years old. . . .

[In another incident] I remember going into some lavish hotel along the beach to use the bathroom and, while I was washing my hands at the sink, getting yelled at by a group of women. One of them, standing next to me at the sink, yelled to her friends in the stalls: “There’s a boy in here!” As the others came out, they loomed at me and shouted things like: “What are you doing in here?” and “You’re in the wrong place!” 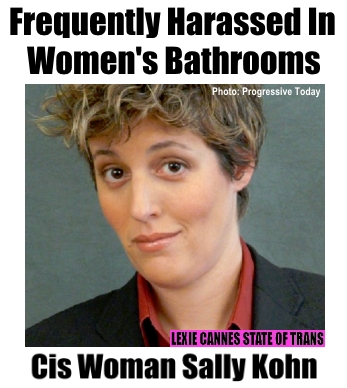 Update-8, Sept. 18, 2016. Miami-Dade corrections officials three years ago sent a cis woman Fiordaliza Pichardo to a men’s jail where she was held in a common cell with 40 men who reportedly sexually harassed her after she “failed” a vagina inspection by jail officials. She has since filed a $5 million lawsuit. 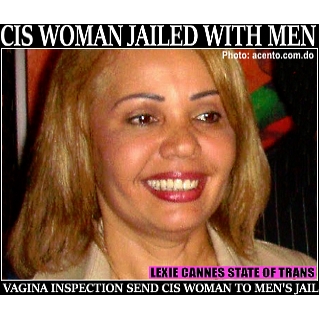 Update-9, Sept. 20, 2016: A cis woman using the bathroom during a Carrie Underwood concert at LA’s Staples Center was confronted by a security officer who stood outside her stall door demanding proof of her gender. The woman, Mary Looper, said on Facebook that they literally tried to escort her out the restroom. 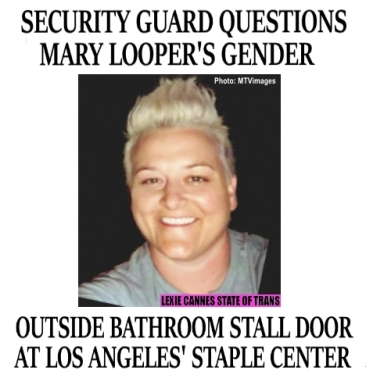 “Puritanical Christian group One Million Moms has launched a boycott of H&M after mistaking a Muay Thai fighting champ for a transgender woman. . . . blogger JoeMyGod points out, the so-called “man dressed as a woman” in the ad is actually female Champion Muay Thai Boxer Fatima Pinto, who is not transgender.” 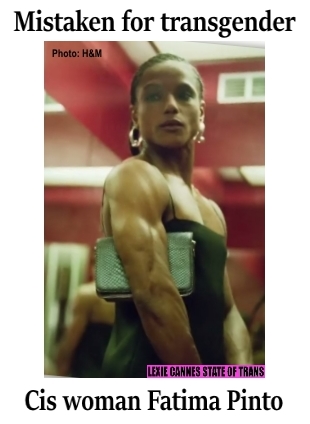 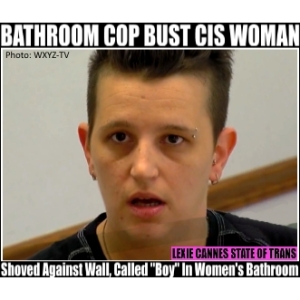 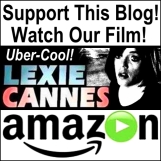 Like Loading...
‹ Photos and commentary on Portland Trans March 2015: Full evidence the gender binarism concept is broken
UK trans woman hears ‘kill him, kill him’ while being violently attacked ›