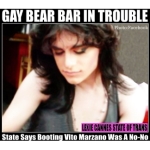 LEXIE CANNES STATE OF TRANS — About a year ago, a Denver Colorado gay bar boot a drag queen after they decided Vito Marzano didn’t meet a “dress code.” The club, Denver Wrangler, caters to gay ‘bears’ and bans exhibition of ‘effeminacy’ with a dress code which forbids things like high heels and make up.

Marzano filed a discrimination complaint with the Colorado Division of Civil Rights and just recently, the division found evidence of wrongdoing and ordered the bar to mediate the issue with Marzano.

The general manager, Phil Newland, is still defending their actions and insist that they are not transphobic, and that the dress code is needed to, among other things, keep the door open.

This case is eerily similarities to a recent Portland, Oregon bar that made the same arguments — they weren’t transphobic, and they needed to keep transgender people out to keep the door open.

In that case the state of Oregon also found evidence of wrong doing and ordered mediation. The owner refused to come to an agreement which prompted the state to issue a $400,000 dollar fine. The defiant bar owner eventually had to close his doors.

I don’t know which path this bar is going to take in response to the civil rights division’s action, but recent history show they have a real good chance of losing their bar if they don’t comply. 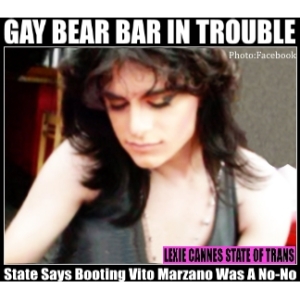