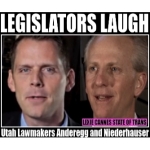 LEXIE CANNES STATE OF TRANS — Some people just can’t help themselves. In Utah, where a lawmaker is proposing a bill in the state legislature would place restrictions on bathroom access for trans people — creating a tense and toxic atmosphere for trans people living the state — insensitive legislators are merrily going around mocking trans people.

Both men have since apologized.

I’m hoping this incident opens the eyes of other legislators and they immediately kill state House Rep. Michael Kennedy’s anti-trans “bathroom bill” at the first opportunity and pass SB 100 which will expand gender identity and sexual orientation protection in the state. 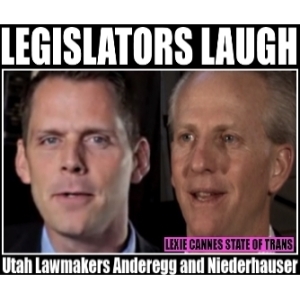