THE GUERRILLA ANGEL REPORT — A New York City trans woman who was brutally beaten by a man earlier this week, died at a hospital in Harlem following removal of life support after being declared brain-dead.

According to the NYPD, the victim, Islan Nettles, was attacked as she and transgender friends walked past a group of men that began throwing punches and yelling transphobic comments.  The beating occurred right across the street from a police precinct.

The NYPD arrested one man but will not released his identity until they upgrade the charges from assault. This is expected to happen today (Aug. 23). The police are investigating Nettle’s death as a hate crime. 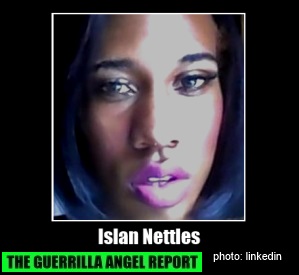 Like Loading...
‹ Los Angeles CBS affiliate used ‘man in a dress’ headline for trans murder victim report
Thanks to social media, NPR will now refer to Chelsea Manning as “she” instead of “he” ›