LEXIE CANNES STATE OF TRANS — Eighty percent of male-to-female (M2F) people in the study engaged in sexual intercourse following surgery with most achieving orgasms. However, 40% reported eventual complications, some requiring additional surgery. It should be noted that the rate of complications declined during the 13 year study period — likely due to surgeons becoming more experienced doing the procedure.

While the female-to-male (F2M) group in the study was smaller, all reported sexual satisfaction even though the constructed phallus were of a size that limited penetration. However, a procedure of refashioning clitoral tissue allowed erections. The complication rate wasn’t clear — F2M people typically have 2 to 3 surgeries to complete the entire process while M2F usually just have one.

Dr. Maria Helena Palma Sircili began the study at University of San Paulo (Brazil) in 1997 when it became legal to do SRS in Brazil. Her findings were presented at the American Urological Association’s 2013 Annual Scientific Meeting,

I found interesting a comment of what one someone saw as a futile attempt at constructing phallus if they’re all of a short length. This was countered by Dr. Sircili stating that for F2M people, leaving behind the female body was paramount over penis size — they’re not really worried about this.

“I also found this comment by Dr. Sean Elliott, director of reconstructive urology at the University of Minnesota equally interesting: “In the United States, most people have given up doing these procedures [constructing phallus]. No one has reported their results.”

Elliott also said the existing body of research studies like the one Sircili has done was rather small. 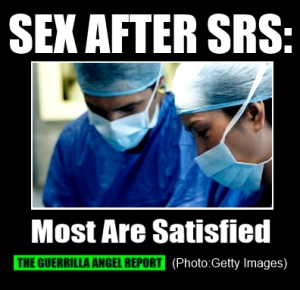