The surprise thumbing of the nose at us by the National Association of the Deaf (NAD) during their national conference last month amounts to yet another slap in the face for LGBT people. This time, however, we’ve learned three crucial lessons that can be used to reverse these conditions.

(I wrote this for The Huffington Post. You can read this entire story their site: http://www.huffingtonpost.com/courtney-odonnell/national-association-of-the-deaf-dennis-daugaard_b_1749798.html )

Earlier this year I wrote on The Huffington Post about the NAD’s announcement that an anti-LGBT-rights governor would speak at their national conference. During the ensuing uproar on social media, the governor, Dennis Daugaard, of South Dakota, notified the NAD that he wouldn’t be able to attend the conference after all. As a result, the NAD never had to make a final decision on whether or not to pull the invitation. The governor, of course, likely made a purely political decision not to attend because, as a sitting governor, there was no upside for him. So a victory for us? As it turned out, our end-zone celebration was a bit premature.

Catching LGBT advocates by surprise, delegates at the following NAD conference moved to extend another invitation to Gov. Daugaard to speak at the next conference. The second surprise: This motion passed unanimously! Any progress made in educating the NAD on LGBT-equality needs amounted only to an elaborate illusion of our own making. The supposed support for gay marriage by the NAD revealed itself to be a ruse to distract us. When it comes to action, the NAD have shown that they’re going in a different direction.

Lesson 1: Being reactive is not enough. While the response from the LGBT community was sufficient to pressure the governor into cancelling his trip, we’ve made no actual progress within the NAD. The NAD remains a solid, archaic block of concrete when it comes to all things LGBT. Not one single delegate gave consideration to LGBT people during the vote on the Daugaard re-invitation. Not one. We’ve got to be proactive and get inside the NAD ourselves.

Lesson 2: Ad hominem comments must end. Personal attacks, whether amongst ourselves or directed at those whose views we oppose, weakens our cause. Stick to the argument, claim, policy, or line of discussion. Only what is being said matters. Is the statement correct? Is it false? Either agree with the statement, make a counterpoint, or debunk it. Diverting the discussion to who made the statement and firing away at them will not translate into equality gains. Many people do not wish to be part of an equality movement while their own comrades are spewing verbal garbage for any reason.

Lesson 3: LGBT equality gains cannot come if deaf “authorities” participate in equality discussions for their own personal gains or agendas. Just because one is a well-known blogger or a Ph.D. student does not give one authority to highjack discussions in order to resolve personal matters or out LGBT participants. Nor do one’s Ph.D. studies trump efforts to make LGBT-equality progress. Hindering LGBT people from participating amounts to selfishness, as any setback that follows is shared by everyone.

Our showdown with the NAD indicates that we have neither the numbers nor the active support from within the deaf LGBT community or among our allies to have family squabbles.

So here we are, facing a critical decision. Either we come together and crack the NAD once and for all, or we allow the NAD to continue to bully us around as we fire loose cannons, hitting ourselves and our allies as often as we hit our target. 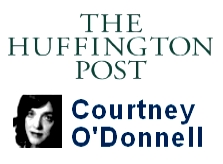 Like Loading...
‹ Courtney O’Donnell: Boy Scouts and Transgender?
The latest on restructuring at Gallaudet University: new memo from the Provost ›