If you blinked, you might have missed it in the local news. The Boy Scouts of America (BSA) got another very public black eye and this time it was an order from the Oregon Supreme Court for the public release of their “perversion files” — a 20-year record of suspected child molesters from within the BSA not shown to anyone outside the organization.

(I wrote this for Portland, Oregon’s Just Out magazine. Read the entire article here:  http://www.justout.com/columns/voices/in-transit/tossed-overboard/ )

So, what does this have to do transgender individuals? Apparently, a lot. But first, a quick back story.

The BSA won a court victory a few years back that legally allowed them to exclude LGBT people from participating in the Scouts. This, of course, was a relatively huge setback for LGBT activists. However, the BSA paid dearly for this victory as negative public reaction dried up their usual sources of operating funds as organizations distanced themselves from this legalized discrimination — United Way comes quickly to mind as they promptly cut the Scouts off.

Since the court victory however, the BSA has been hammered with sex abuse allegations and related court cases, including a recent $18.5 million payout to a local victim in Portland, Oregon. That case involved former assistant Scoutmaster Timur Dykes who has admitted to molesting at least 17 boys. It was the Dykes case that attracted media attention to the existence of the “perversion files” — supposedly 1,200 names and 20,000 pages. Media organizations, including The Oregonian and The New York Times, filed a lawsuit to get the files released. While the BSA fought to keep the files sealed, a Multnomah County judge, and later upon an appeal from the BSA, the Oregon Supreme Court, ordered the files released.

When I first wrote about the Oregon Supreme Court ruling, I was a bit surprised at the comments that came in; a fair number of trans people noted they were former Boy Scouts, some even reaching the highest rank, Eagle Scout. Many went on to leadership roles. All this was surprising to me. I did not think boys with gender identity questions would be inclined to participate. Yet many remember their days with the Boy Scouts fondly.

“I was a Boy Scout and obtained Eagle, held tons of leadership roles as a youth…” “I’m an Eagle too…I am a closeted transgender Eagle Scout…” “I am a Life Scout and have been staff on several leadership courses…”

“I was a Life scout too, and have had several leadership

At the same time, others are saying this: “…shameful to admit to being a part of the organization.” “… reports like this make me ashamed to be an Eagle Scout.” “I feel ashamed to admit I was ever a part of the Boy Scouts…”

The pattern is quite clear. Many trans people found the Boy Scouts worthy of enthusiastic participation earlier in their lives only later finding themselves perplexed after being tossed overboard by the BSA’s anti-LGBT stance. Now they are disgusted with the BSA’s handling of sex abuse incidents within the organization.

While there are those that are quietly working to persuade the BSA to change their stance on LGBT members, I’d say there’s been a setback. For those of you looking to participate in some form of scouting activity, look no further than the Girl Scouts. They’re on record of welcoming both trans kids and adults.

via Boy Scouts and Transgender?. 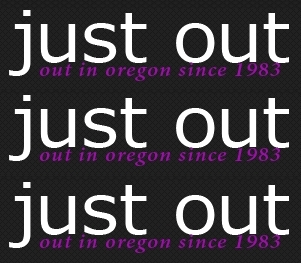