Yep, it’s still dangerous to be transgender in America

THE GUERRILLA ANGEL REPORT — While many of us are already sharply tuned into the current state of being transgender in this country, Gunner Scott, the director of the Massachusetts Transgender Political Coalition, does a pretty nice job summing it up in a piece for The Boston Phoenix. I thought I’d touch on a few of the topics he covers in his article.

Not everyone “passes.” Some are at the beginning of their transition, posing additional difficulties. In the psychological sense, passing doesn’t matter – you are what you are and I agree with this. However, when it comes to the risk of being harmed, those that don’t pass face a higher degree of risk. This is something we just don’t talk about enough. I’d hate to suggest that we better start passing, or else! But the rate that we are being harmed, beaten and killed is staggering. What is the solution here?

These stats taken from a 2009 National Transgender Discrimination survey show unemployment rate for trans people at double the average and are four times likely to be surviving on less than $10,000 year than non-trans people. These conditions likely are the result of discrimination. This is also likely the cause for many trans people becoming sex workers. The recent EEOC ruling should help reverse these conditions and its something many of us are going to monitor closely.

3) The evaporation of rights one had before transition.

This is something I believe that we need to turn around and use it as an argument FOR equality. Rights should never be taken away from people. It’s amazing to me that we’re stripped of rights in the first place and we’re letting them get away with it! 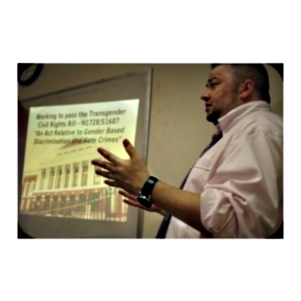 ———-
You’re welcome to share this entire article!
Follow this topic and others on Lexie Cannes’ Facebook page: http://www.facebook.com/lexiecannes
Support this site, get the transgender-themed feature film “Lexie Cannes“ here:
http://www.LexieCannes.com