Home › Everything else › “Positive exploitation” of transgender people on TV for ratings?

“Positive exploitation” of transgender people on TV for ratings?

THE GUERRILLA ANGEL REPORT — On the ABC News website, they’re promoting an upcoming episode of “What Would You Do?” in which a person’s transgender status is spotlighted for the sole purpose of getting reactions from unsuspecting patrons in a diner.

A preview clip shows the reactions from the patrons were positive, so was the ABC blog/article promoting the show. The article also states being transgender has become more acceptable by using examples such as Jenna Tackalova and Chaz Bono to make that point. The trans woman participating in the program is Carmen Carrera and she has previously appeared on other shows.

While I appreciate ANY positive attention that comes our way, I’m wary when it comes in the way of exploitation — because after all, we most certainly don’t like it when it’s the other way around. I also wonder if what ABC would do if the reaction of the patrons on the show weren’t so positive?

The show is scheduled to air Friday at 10PM EDT. You can view a clip here: Patrons Defend Transgender Waitress at N.J. Diner – ABC News. 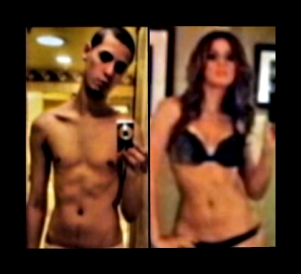