Home › Everything else › Transgender woman appointed to lead social agency in Bogota, Colombia

THE GUERRILLA ANGEL REPORT — The newly elected mayor of Bogota, Colombia has appointed trans woman Tatiana Pineros to lead the city’s social welfare agency. As head of one of the largest government agencies in the Colombia, Pineros will oversee a couple thousand employees and a budget running into the hundreds of millions of dollars. This position will make Pineros be among the most powerful non-elected government officials in Colombia.

The lack of religious backlash against the appointment from the country’s mostly Catholic population  indicates a gradual acceptance of trans and GLB people holding high office in Colombia and other Latin American countries. 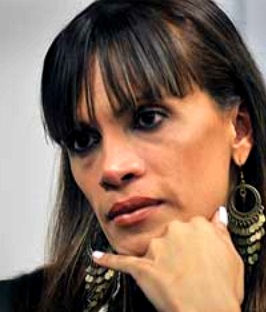 Categories: Everything else, Transgender, Transsexual, Trans