THE GUERRILLA ANGEL REPORT – UPDATED April 28, 2012 – At this point it appears the trial is going to begin as scheduled Monday and efforts to get the charges against McDonald dropped have failed.

Some 15,000 plus people signed a Change.com petition but it hasn’t moved the Hennepin County prosecutors who claim McDonald’s stories of the incident are contradictory.

On Thursday there was a small protest by supporters of McDonald with some of them waving “We are Trayvon Martin” banners. On Friday there was a court hearing where the judge heard to arguments on whether to allow certain evidence. Apparently no decision was made by the judge on that. Jury selection begins Monday.

[Original article posted Feb 10, 2012:] I looked over a number of news reports dating back to last summer and two things come to mind — 1) Chrishaun “CeCe” McDonald wasn’t out to kill someone that night, and 2) something is fishy is up with the justice department in Hennepin County, Minnesota.

On that fateful night of June 5th, 2011, McDonald and her friends, without provocation, were verbally harassed by a group of white adults hurling racist and transphobic slurs at them as they passed by a tavern in Minneapolis, MN. A shouting match ensued and someone smashed a glass against McDonald’s face resulting a deep cheek cut. In the scuffle that followed, Dean Schmitz, one of the white adults, died of stab wound. Although it is not clear how it happened, or with what weapon, McDonald was jailed on murder charges.

Murder charges? Here’s where things really don’t make sense: Schmitz reportedly had a swastika tattoo on his chest and his group was clearly the instigators yet the prosecutors added an additional murder charge when McDonald refused a plea bargain deal three months after the incident. This leads me to believe something is up and it might have to do with McDonald being black and trans.

The community outrage over the matter and strong support for McDonald likely has surprised the prosecutors who may be used to easily dispensing of black and trans matters away, never mind if it’s an occasional (or frequent) miscarriage of justice.

A trial is scheduled but one wonders if this case would even go to trial if the parties were reversed.

Trans Youth Support Network’s Katie Burgess: “Chrishaun McDonald’s case is a tragedy, but unfortunately it’s not a rarity. Transgender women of color face disproportionate levels of violence and harassment, and are pulled into prisons and jails at extremely high rates. Over 30% of trans women of color are incarcerated every year. Once in prison or jail, 38% are harassed, 15% are physically assaulted, and 7% are sexually assaulted. These violent abuses are enacted upon them by guards and fellow prisoners.” 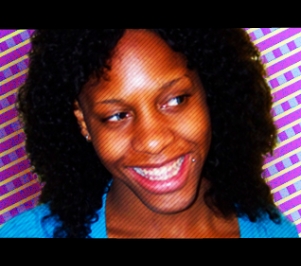